skip to main | skip to sidebar

How To Build A Solid Wall Yurt

This manual provides step-by-step instructions on how to build a semi-solid wall fully portable yurt in under 40 hours. Assembly time: 3-4 hours. Disassembly time: 2 hrs. Available on Amazon.com or smashwords.com, or from the author's website at www.robertflee.com.

As in the old Timex watch ads, common plantain “takes a licking and keeps on ticking.” Commonly found on well-trodden paths, as well as gravelly soils and marginal wastelands, this plant, non-native to North America, is a survivor. Common plantain, while not as prolific or as invasive as dandelion, handles abuse quite well. In fact, last week, I used the leaves of a plantain plant that was growing in my driveway to treat a series of insect bites.
Common plantain not only has medicinal value, but is a great staple for diets focused on the harvest and consumption of wild plants. It, in early spring, is a fresh-tasting addition to a spring salad, is a great addition to a dinner plate as a boiled vegetable, and provides a flour-like paste from its psyllium seed stalks.
The flowers can be eaten raw, and taste something like a cross between a potato and a hazelnut. Because of its high psyllium content, the flower and seed stalk is an effective laxative, but also acts as a great thickener for soups and stews. These seed pods can be sun dried and used throughout the year.
As the summer progresses, the broad, heavy leaves of the common plantain develop thick veins and become quite stringy. Even when boiled, they remain fairly tough. At this point, it is best to use the leaves in an infusion, or as a stock for soups. Because of its high beta carotene and calcium content, it is valued throughout its growing season. However, we have successfully dried and crushed the leaves, and used them in winter as a spice in soups and as a garnish on meat, as well as a great home remedy for a number of health issues.
Common plantain is listed as astringent, emollient, anti-microbal, anti-viral and diuretic.
My father introduced me to common plantain as a child. My first medicinal encounter with the plant occurred when I developed a severe tooth abscess. Using a compress of plantain and white willow bark, I walked around for three days with a white sling around my face, but the toothache pain disappeared in the first day, and the swelling deflated shortly thereafter.
I have used it on wounds, to prevent infection, and have experimented with it on poison ivy, cuts, insect bites, rashes, and even on a few eruptions on my neck that my doctor has scheduled for removal, believing them to be pre-cancerous cells.
On poison ivy, the most effective relief came when I combined fresh garlic and crushed plantain in a poultice. Both the itch and the rash disappeared within three days, compared to other outbreaks that lasted seven to twelve days.
On cuts, I combine plantain with crushed horsetail (high silica content), and have found that the wounds heal quickly and that redness is reduced. Although a subjective observation, I have found less scarring when I apply crushed plantain.
Insect bites (I react severely to most bites, except for the stings of bees, wasps and hornets!), plantain works better than no treatment, but not as quickly as a simple raspberry or strawberry leaf compress.
The truly interesting result has occurred with my recent eruption of supposed melanoma nodules. Of the eight eruptions, five have disappeared, leading me to believe that they were not, as my doctor suspected, cancerous.
Common plantain, like many plants in the wild, have great nutritional as well as medicinal benefits. Unfortunately for most of us, these wonderful sources of free food and health largely are ignored. We would be well advised to follow the message of another old ad – the Fram filter ad. By choosing to ignore the advantages of wild harvesting, you pay a price. Your choice – you can pay now, or pay later!
Posted by Robert (Bob) Lee at 2:17 PM 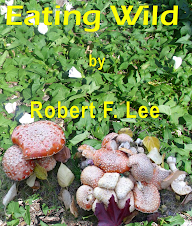 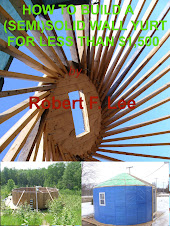 E-book available on Amazon, Smashwords or www.robertflee.com for $5.99

The Last Drop of Living 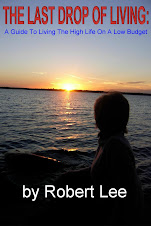 Available in e-book or paperback at www.robertflee.com 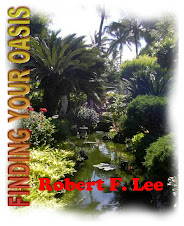 Read more about this book at www.robertflee.com